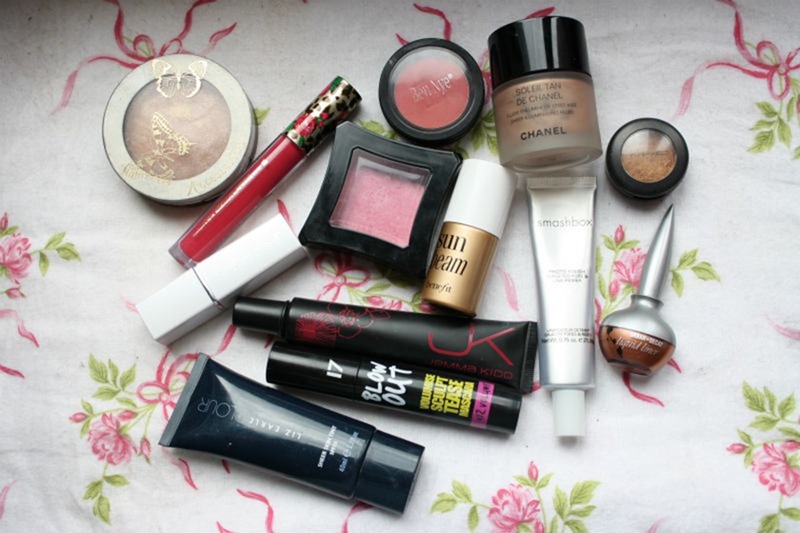 I thought I could do one of these monthly favourites again, seeing that I have basically created almost the same look almost every day out of the same items (I guess that is either really lazy or just speaks for the products themselves – both!).

Because I was wearing fake tan a lot these past few weeks, I stayed away from bronzers and only reached for golden-toned highlighters – the Accessorize, Benefit and Chanel highlighters above really basically have similar/identical effect which is great when you’re on a budget!

Same goes for the two tinted moisturizers by Liz Earle and JK Jemma Kidd – both have SPF (Liz Earle has SPF15 while JK Jemma Kidd has SPF20) but other than that they feel pretty much the same on my skin and give the same sheer coverage, so I’ve been alternating between those two – I don’t normally like tinted moisturizer because it doesn’t even out my skin tone enough but what with wearing fake tan I have no matching foundations anymore haha!

What have been your favourites this June? Let me know in the comments, I always love to try new things!!